Celebrate Einstein's Birthday - Pi for Everyone 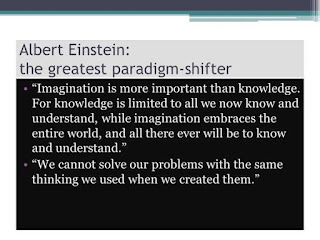 Albert Einstein, the father of modern physics and one of the most creative thinkers of all time, was born on 3/14/1879. In an interesting synchronicity, his birthday coincides with a mathematical constant. 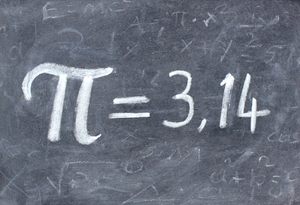 We should all celebrate the life of this creative genius whose discoveries made mind-boggling technology possible and changed the way we think about the way things work in the universe. Start now, or do it later. Time is a relative thing.
“People like us, who believe in physics, know that the distinction between past, present, and future is only a stubbornly persistent illusion.”  Albert Einstein
Some ideas for how to celebrate Einstein's birth:

LOOK AT PROBLEMS FROM A RANGE OF ANGLES. Studies show that we can work on a gnawing relationship problem by looking at it from the perspective of the other person. Reverse roles with others who are involved and explore the story as if they were narrating it. This is one example of "psychological distancing" which is associated with new insights and increased creative ideas. Other ways to practice psychological distancing include communicating with people who have dissimilar views, thinking about the remote future, or traveling to an unfamiliar location. ("An Easy Way To Get More Creative" Scientific American, July 2009)

THINK LIKE A PARADIGM-SHIFTER
Let go of assumptions.
Experiment with "what if" questions.  More from the article "Scientifically Proven Ways To Be More Creative

PLAY AROUND WITH MUSIC
Some photographs show Einstein holding a violin, an instrument he loved and studied but often found frustrating. It was piano that he played every day. He improvised as a form of relaxation, and said “when that appears to be going somewhere, I require the clear constructions of Bach to follow it through" (Alice Calaprice, ed., The New Quotable Einstein (Princeton, NJ: Princeton University Press, 2005) 131.)
Improvisation is the most inventive musical expression, with a formal structure to which even Einstein surrendered. Creative freedom, in art and in life, requires those clear boundaries within which movement and surprise and spontaneity can flow. If we are going to change the way we think, we can use Einstein at the piano as a model. 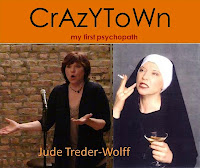 by Jude Treder-Wolff is a writer, performer and trainer who is performing her one-woman storytelling show Crazytown: my first psychopath at the Chicago Fringe Festival, San Frnacisco Festival and other cities around the country in 2012, Click here for more information about the show.  For more information about personal and professional development training click here.