Funny story. 'I was hired to do a private party for a Pakastani family," states Long Island comic Stevie GB, who performs regularly in the Long Island Comedy Festival and has opened
for comedy legends such as Louis Anderson, Uncle Floyd and Bobby Collins. "The son had become a doctor. I arrive at their house to discover the show is in their living room. For 7 people. I'm thinking 'they won't understand my jokes.' 'This is so strange and uncomfortable.' I almost bailed out.:
And there there was the time he was hired to perform a half hour of stand-up at an outdoor 4th of July party. 'It was the worst idea they could have come up with," he laughs. "Not only was I competing with fireworks going off on my punchlines, but nobody was interested in the idiot with a microphone telling jokes. I had three kids standing with their pool towels on just staring at me. The only laugh I got was when the dog licked
my water bottle that was on the ground. It was awful." And if the stories ended there they would be a few of what most professional comics and people in creative fields experience as a boatload of public defeats despite enormous effort and commitment. But there's more.
The July 4 party was a rough day. "But there was a DJ at the party who admired my bravery to 'get through it' and he took my business card," he continues. "About a year later, that DJ called me and invited me to do a comedy gig on the yacht of 60's artist Peter Max. So, if I had bailed out, I would have never got the Peter Max gig." And the other story, about the family party, also ends on a high note. "It turned out to be one of the best shows I ever did," says Stevie. "They were wonderful and still attend many of my shows, always bringing a group of people. Sometimes more than 7...Not sure why those people weren't invited to the original party." Oh, and about the Peter Max gig? "It was also a disaster, but who cares. I have two great stories about of one bad experience."
If stand-up comedy were an Olympic sport, it would be the high-dive. No team players to rely on or hand-off to, a solo, self-styled performance with a high degree of difficulty. But the high-dive is practiced in private, the pressure of performance coming only after long hours developing the skill in front of only coaches and supporters. Comedy has to be tested in real-time with real people. And material that works with one group of people can flat-line with another. So comedians have endured public failure and private self-doubt that everyone can relate to, and have a unique wisdom about living a creative life as a result. The writing process, for example, is a very clear parallel to the psychological challenges of solving difficult problems in any area of life. "I am not the type that can just sit down and write every day," states Stevie GB. "I get creative surges. I can go weeks or months writing nothing. Then all of a sudden I am writing like a fool. I take full advantage of these fleeting moments. Interestingly, they tend to come when I am stressed or even depressed. Those low times tend to spark my creativity."
In a brilliant breakdown of the creative process for both artistic work and for increased originality and productivity in any area of life, Monty Python legend John Cleese describes this very process as engaging the very powerful psychological and emotional force of our unconscious mind. "We can't control our unconscious but we can look to how we can create the circumstance in which it becomes easier for us to work with it" he states in Fast Company's "Four Lessons In Creativity"  Among the key, practical traits of highly creative people he identifies the ability to become "utterly absorbed" in a problem similar to a child at play, and the ability to defer making decisions as long as possible. Engaging in childlike play, according to Cleese, puts us "much more in touch with the unconscious." And "when you defer decisions as long as possible, its giving the unconscious the maximum amount of time to come up with something." This can be particularly challenging in our age of immediacy, when the pressure to produce content is constant. But it is good advice - try it with a side of "Creativity Tips From 5 Very Funny People - not only for developing our own authentic sense of self but a skill transferable to thinking about problems and navigating uncertainty with the greatest possible creative energy.
For Steve GB, who recently performed his most recent one-man show "Welcome To Lawn Guyland" authenticity is one cornerstone of his success as a writer and performer. "The most important component is honesty. I write from a place of truth, no matter how painful it might be. If I don't believe what I am saying, how can I expect the audience to believe it? That and coffee." Being funny started out as a kind of survival skill him, having been "the skinniest kid with glasses and acne" who learned that "making the bullies laugh stopped them from beating me up." Even with this super-power to disarm the bad guys and a lifetime making a study of the art of comedy, it took him to age 33 to get up on stage - on a dare from a co-worker - where he felt an immediate sense of belonging. 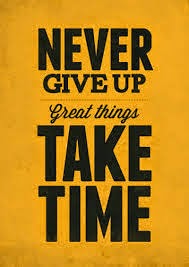 Success as a headliner and Off-Broadway in a field with such a high degree of difficulty does not take away the dread of another rejection or professional disappointment. "The idea of failing and being afraid hits me every single time I am about to go on the stage," he reveals. "Will they hate me? Will I forget everything? I look for the closest escape route. I am proud to say that I have never backed out of a gig. Even the ones that go horribly wrong, and there have been many, I felt good that I didn't run away."
Keeping a commitment. Making the most out of a difficult situation. In the improvisation world we call this "failing up" among the essential elements of a creative life. And the stuff of great stories. Going after the experiences and kind of life we feel deeply about will almost always be difficult and come with its share of adversity, but with the right mindset we can make something interesting and useful out of all of it, a skill stand-up comics deploy to amazing effect. "Its the hell gigs that I learn from and they also make for the best stories," says Stevie. "The only time we fail is when we don't do it."

Jude Treder-Wolff, LCSW, RMT, CGP is a writer/performer and consultant/trainer. She is creator and host of (mostly) TRUE THINGS, a storytelling slam with a twist. @JuTrWolff