The Will and The Skill: Applied Improvisation and The Process of Change workshop handout

"The secret is just to say 'Yes!' and jump off from here. Then there is no problem. It means to be yourself in the present moment, always yourself, without sticking to an old self. You forget all about yourself and are refreshed. You are a new self, and before that self becomes an old self, you say 'Yes! and you walk to the kitchen for breakfast. So the point of each moment is to forget the point and extend your practice." 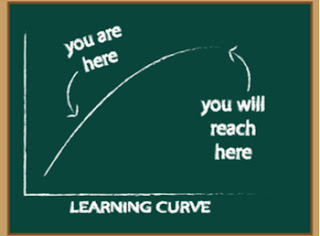 NAME YES...AND GAME
Objectives:
Learn group members' names;
Learn something about each group member's interests;
Practice a basic "yes" exercise which is the cornerstone of improvisation;

Participants sit in pairs, facing their partner. Partner B is assigned the following role: "you are living in the year 1890. Imagine what your life is like, what you assume is true, how you cook your food, communicate with people, etc." Partner A is a person living in the present time. Person A is tasked with explaining an Iphone to Partner B.

DEBRIEF: How did the players assigned the task try to connect with their partner? What questions did they ask? How successful were these attempts? Are there concepts that simply cannot be communicated over the barrier of time and worldview? What can do we do to connect with people over these barriers?

ENVIRONMENTS:
Explore elements of an environment without talking about it;
Get on the same page with others;
Practice creative thinking on the fly;
Notice what others are doing and adjust in response;

Round 1: Three players take the stage area. A suggestion of an environment is called for from the group, e.g. "a kindergarten, an Emergency Room, a campsite, a classroom." The players strike a pose of a person or thing that would be in that environment, making sure not to have 2 of the same person or thing before committing to the pose. Repeat a few times with different environments.
Round 2: The players have a huddle and decide on an environment, but not on the people/things that are in it. They then do the exercise the same way except this time the group has to figure out what the environment is.
Round 3: An environment is suggested by the group, each player takes a pose and then says one line. The first player will be setting the scene with their line, and the others will have to build on it in some way. The idea is that in an improv scene, a player will initiate something and our job as fellow players is to say "yes" to it and do what we can to make it work. That might mean letting go of our idea and if we are able to do that, something dynamic and entirely creative can happen through that interaction. This is the skill that leads to an ability to navigate and manage uncertainty, which cultivates the will to move toward change.

RANTS
Objectives:
Practice close listening to partners;
Practice supporting partners;
Experience the support of partners and the group;
Practice making something positive out of whatever is offered;

A player is assigned a partner (the person sitting next to him/her in the circle is fine or the partner can be assigned some other way). The player is given 2-3 minutes to rant about anything in life they want to gripe and emote about. The idea is for this person to openly express his/her feelings and complaints about some issue or life situation. When time is called, the partner shares about what this rant reveals about the player's values, e.g.
"Ranter: "Traffic on Long Island is out of control, there are too many cars and I spend way too much time stuck on these roads. There is no public transportation, there are no alternatives to driving. Its bad for the environment, its bad for my mental health to not have choices about how to get around and its wasting my time."
Partner: My friend here values his time, he values the planet and the environment, he values the public good, he values people having choices about how to get around."

This is a way to practice listening to and understanding others from the subtext of what can seem like negativity but has its roots in deep concern about an issue or set of values. It is also a way to practice improvising with others, providing strong support for and radical acceptance of them.

Resources about improv and the process of change:

"How Improv Can Help People Deal With Anxiety and Depression" TheFix. com

Comedic improvisation is an art form that involves participants creating fun and outlandish scenes in the moment. And for some, the improvisations has served as a helpful exercise that provides a distraction from the oft-consuming nature of mental health issues like depression and anxiety.
At Spontaneity Shop, improv teacher Alex MacLaren believes that half the people who come in are not performers, just regular people using comedic improvisation to deal with stress and depression...When setting up an improv group, it’s important to set up an environment where people can make mistakes without judgment, which makes them more adventurous and less afraid of failure. In helping people overcome anxiety and fear, Brainne Edge, who runs ComedySportz, says she sets up “a comfortable space for people to try things and play and not worry about consequences.” READ ARTICLE ON THEFIX.COM

"Improv requires a heightened sense of listening, observing, and empathy–all vital components of small talk. Improv forced me to listen to other people in ways I never had before. By paying attention to details of even the most trivial conversations, I got better at advancing small talks with clients, partners, and colleagues. How? Because I take the time to respond in a way that’s meaningful (and valuable) to them."  "Four Career Lessons I Learned From 14 Months Of Improv" in Fast Company

Jude Treder-Wolff, LCSW, CGP, MT is a consultant/trainer and writer/performer who designs and facilitates creative workshops through her company Lifestage, Inc. She is a NYS-approved provider of Continuing Education for social workers (provider #0270) and host/creator of (mostly) TRUE THINGS, a game wrapped in a storytelling show.